Finished painting Lenny this weekend and have made a start blocking in colour on Gizmo – they are both very similar. I was originally going to airbrish the colours on to get a nice soft blend between them but masking became really fiddly so in the end I decided to just hand paint them and then feather the edges with pastels.

Lenny’s eyes were particularly fiddly because the iris and pupil were sculpted in but very roughly – it was hard to paint on neat circles over the top. I should’ve just puttied the lines over. Gizmo’s don’t look quite so bad…. 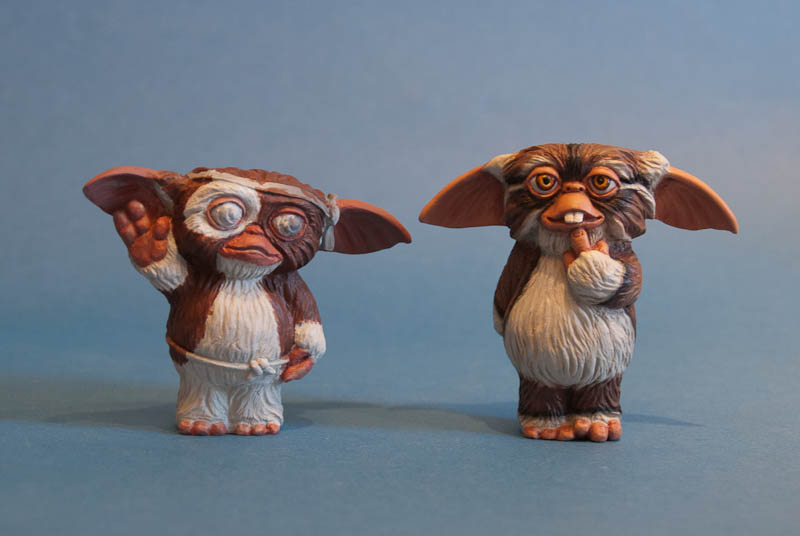