Despite having good results with the OLED, it was just a bit too small – there was a 2-3mm border around the outside of the active area of the display that I just wasn’t happy with. A bit more poking about on the internet revealed a possible replacement – a 1.8″ 160×128 pixel LCD, which across the short side was almost exactly the right size for the width of Gerty’s screen. It didn’t matter that it was taller, because the way the screen is angled, the unused portion would stick up inside the body. 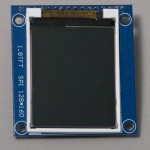 When it finally arrived, there were a few issues to deal with: 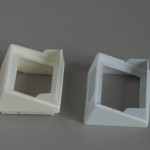 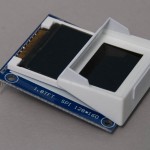 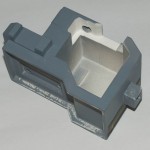 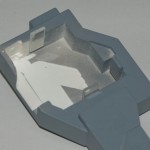 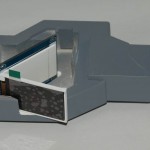 The active area of the LCD that is visible in the bezel is 128 x 85 – a slight increase in resolution from the 96×64 of the OLED, but the OLED does not suffer the viewing angle issues that are inherent in LCDs. It’s aggrivated because I’m basically mounting the LCD upside down. Swings and roundabouts… 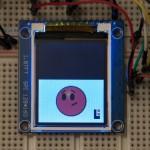 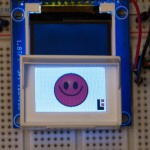